On Sunday, April 18, Radio Theater presents Hour One of  Sisters Matsumoto.  Thousands of Japanese-Americans were sent to detention centers after the Japanese attack on Pearl Harbor in 1941.  When these American citizens were finally released, many spent years trying to reconstruct lives that had been shattered overnight.  Philip Kan Gotanda chronicles the aftermath of one family's inprisonment.  From LA Theaterworks. 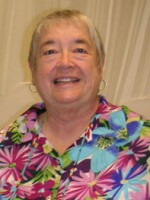 Linda López McAlister
She started in radio as a film critic on The Women's Show at WMNF in Tampa, FL from 1990 until 1999 when she moved to Santa Fe. In 2003, she relocated to Albuquerque and became host of KUNM's Radio Theatre in 2004. She is also a theatrical director/producer and has her own production company, Camino Real Productions that produces both live theatre and radio theatre. They take their live theatre productions "down the Camino Real" to San Miguel de Allende, MX every year.
See stories by Linda López McAlister