Shortly before he exited Albuquerque for the heady climes of Portland, Oregon, Wyatt Granger brought his rock quartet Rue Badly for a farewell session in Studio A during which he laid down some of the new songs he'll be taking with him.

Recorded on August 14th in Studio A by Roman Garcia with Ethan Stein & Marshall Broyles Rue Badly are:

Granger will be posting new music from his west coast base on Instagram, Sound Cloud & other platforms.  Search for ruebadlymuzak 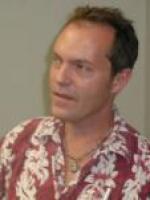