Revitalization of Ecological Habitats and Communities

Tune in to Afternoon Freeform on Tuesday April 18th, from 2pm to 3pm for our final conversations with presenters from the interdisciplinary environmental justice forum Decolonizing Nature: Resistance, Resilience, Revitalization that takes place April 19 - 22, 2017 at the National Hispanic Cultural Center in Albuquerque.

Our conversation with Alyosha Goldstein concerns his upcoming panel discussion at the Decolonizing Nature Conference. The panel concerns Nature, Nation, Justice, and includes Finis Dunaway, a Professor of History at Trent University, Canada and Jennifer Owen-White, Refuge Manager at Valle de Oro National Wildlife Refuge here in Albuquerque, New Mexico. The panel is moderated by Joseph Cook, the director of the Museum of Southwestern Biology.

The conversation with Sofia Martinez will concern her work as a native New Mexican educator, environmental and social justice organizer, and media advocate. She is co-founder of and co-producer of Voces Feministas, a two-hour radio program here on KUNM. She is also co-founder and co-coordinator for Los Jardines Institute in Albuquerque’s South Valley, and president of the Concerned Citizens of Wagon Mound and Mora County.

Music on the show will focus on one of the last of the conference's three themes: revitalization! 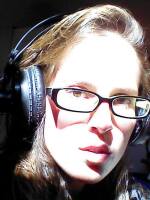 Jalila Arthur
I love music, especially when it is live and there is dancing involved. Music is my medicine, and I am here to help others figure out the proper dose ;) I am currently enrolled as graduate at the University of New Mexico where I am pursuing a Masters in Public Administration with a concentration on Nonprofit Management. This interest stems from my volunteer work in live broadcasting radio for the past ten years, with a focus on community issues and announcements. I work on a multitude of events, both public and private, to publicize and advertise for the benefit of my community.
See stories by Jalila Arthur