Fri. 7/6 8a: Peace Talks Radio: When we talk about music that promotes and celebrates peace, hip hop often gets left out of the conversation. Critics speculate about the genre's negative influences, from hypersexual music videos to lyrics that glamorize guns and drugs. A recent Washington Post headline quoted jazz musician Wynton Marsalis calling popular hip hop "more damaging than a statue of Robert E. Lee." But what about the positive impacts the music has had on countless fans?

Rapper, community organizer and spiritual leader Brother Ali talks about his 2017 album All The Beauty In This Whole Life, hip hop's origins in the South Bronx, and his recommendations for hip hop peace songs.

The hour-long version of the show is available here. Read a partial transcript of both interviews here. 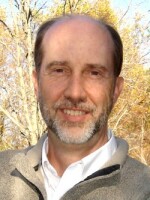