Mon. 12/26 7p: Oral history through "testimonio" is at the heart of the community collective project, Humans of New Mexico/Humanos de New Mexico.

We´ll listen to the life stories of Jade Leyva and Kilko Paz, who share their different experiences of arriving to New Mexico through alternative creative routes. Jade, originally from Mexico City, speaks to coming to New Mexico to find a creative edge and to attempt to live full time out of her artwork:

“After two years that I arrived to New Mexico I was just inspired by everything, this place is so awesome.”

Kilko’s story speaks to the social responsibility of being an artist in a place like Albuquerque, New Mexico:

With the goal of gathering the diversity of New Mexican cultural traditions, the project Humans of New Mexico focuses on oral history -recorded and archived for future generations- prioritizing oral and language traditions. This show was co-hosted by  Rafael Martínez and Moisés Santos; production and edition by Froilan Orozco, Moisés Santos and Espejos de Aztlán Coordinator Cristina Baccin,  along with recording, edition and transcription of the interviews by the Humans of New Mexico collective. 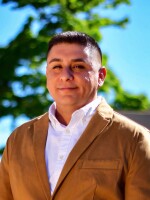 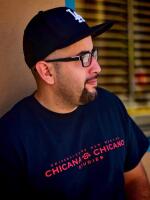